with
Top Cats
All Ages 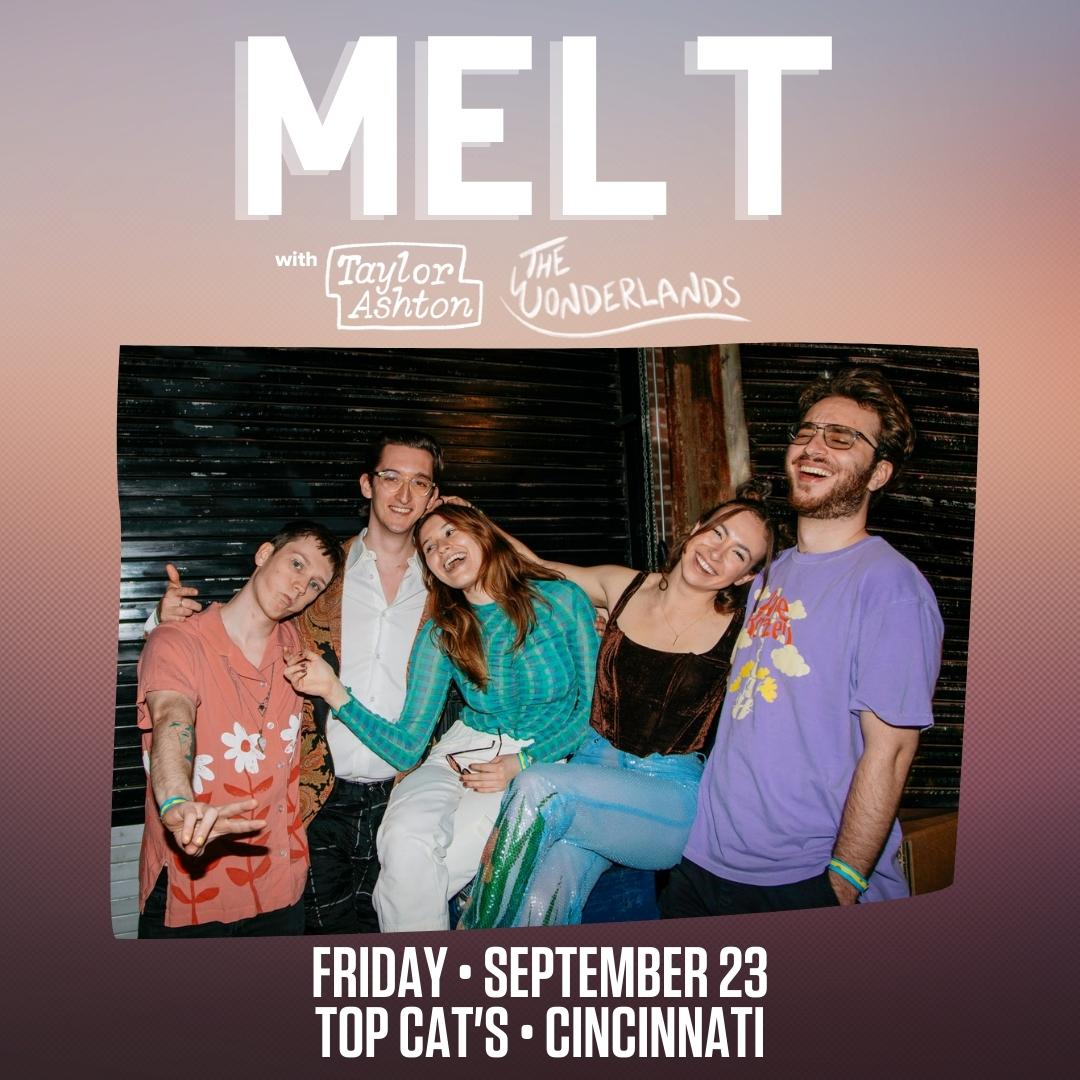 GET TO KNOW MELT
Melt is a New York City based band who formed in 2017. With a sound that continuously pulls from new realms, at Melt’s core is a shared love of soul and psychedelia, existential pop songs and ethereal jam sections, and a deep love for each other. Melt initially made a name for themselves with their first single “Sour Candy” that reached #5 on Billboard’s US Viral 50 Chart when they were 18 years old. They have since released their first EP “West Side Highway” in 2021: a bold project inspired by an eclectic mix of artists from Diana Ross to Wilco, The Grateful Dead to Maggie Rogers. As Melt continues to grow and reach new heights, they want you to help them create love, build community, and work towards an ever-evolving vision of the future. Join the band on their North America tour this fall and get ready to melt.